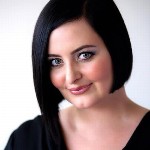 In July of 2013 I publicly disclosed that I had been diagnosed by my psychiatrist with post-traumatic stress disorder (PTSD) due to more than a year of online harassment and abuse. The abuse -including death and rape threats- occurred on numerous websites and via email, phone, online postings, images, and videos. After conducting research into my condition, I discovered that I am a member of several groups that are at an increased risk of PTSD, a disorder that goes undiagnosed or untreated for far too many people.

In subsequent months, large numbers of people used social media to deny the validity of my diagnosis -often with highly disparaging remarks- despite having never met me and there being ample scientific literature demonstrating the adverse mental health effects of prolonged bullying and harassment.

Due to the high amount of publicity my case has received in recent days, I would like to use this opportunity to channel the attention toward a good cause that will benefit all those who suffer from PTSD, regardless of the source of their condition. Please give as generously as you can. I have asked that all donations on this campaign be directed towards PTSD research, in the hope that more will receive the treatment that they need.