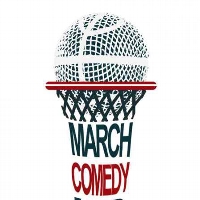 WHAT, WHERE, & WHEN: The month-long fundraiser, talent search, bracketed competition starts by donating online today, and with live zoom and twitch simulcast performances on the KO Comedy Club digital platform Saturdays and Sundays in March.

WHO: Special guest comedians and referees, 64+ competing comedians, and an amazingly awesome audience- YOU!

WHY: Comedians bring their best sets and support a super cause at fantastically hilarious shows. You will want to catch March Comedy Madness!

"It's anybody's game," said event founder and organizer Josh Filipowski. "Pros and amateurs alike may have a solid start in the first rounds, but it's the more seasoned comedians who shine in later rounds. We always crown a worthy champ."

“Comedians walked on stage and delivered their best.” – The New York Times

TO BENEFIT The Brain & Behavior Research Foundation, the world’s leading donor-supported organization dedicated to finding the causes, improved treatments and cures for mental illnesses. The Foundation funds research across a broad range of mental illnesses including addiction, ADHD, anxiety, autism, bipolar disorder, borderline personality disorder, depression, eating disorders, OCD, PTSD and schizophrenia. 100% of donor contributions for research are invested in research grants. I invite you to visit their website at www.bbrfoundation.org to learn more about the Foundation and its scientist grantees.

THANK YOU for supporting us in our battle against mental illness and for better mental health for all.